By Freedom WaresApril 16, 2018No Comments 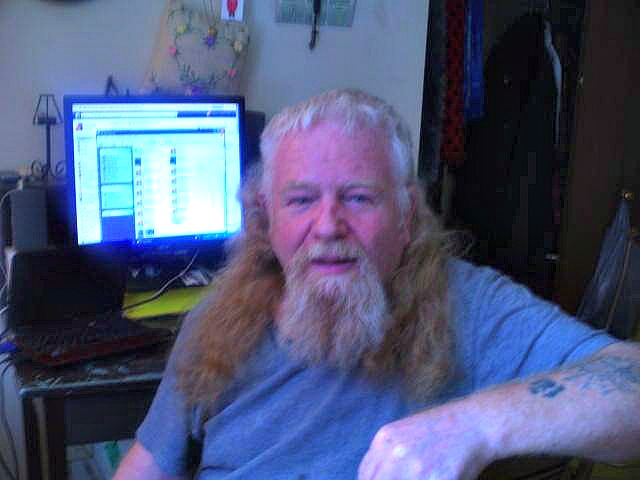 Introducing a very green Canadian born in Vancouver, British Columbia; welder, Soapstone Carver, Winnipeg Jets fan, loveable family man blessed with 6 children, 22 grandkids and 3 great grandkids. This former Liberal Party delegate, who actively participated in Hemp legalization and the Global Days against the Drug War was involved in Winnipeg’s first ever planned 4/20 event, a part of 420 history, veteran activist straight from the trenches of cannabis prohibition and one of Manitoba’s faces of Cannabis, Walter Leslie.
Walter was born deaf and cross-eyed. He was a war baby orphan who was adopted and blessed with good parents at 9 months old. He grew up about 12 miles from Lecjac Residential School. A school that was operated by the Roman Catholic Church under contract with the government of Canada and a part of the Canadian residential school system being one of the 130 boarding schools for First Nations children that operated in Canada between 1874 and 1996.

Miraculously, at age 9, surviving a rafting incident and almost drowning, Walter could see and hear better. Walter didn’t know how to swim and he has always felt that Rose Prince was looking out for him then. Rose Prince was a young First Nations woman and devout Catholic who also attended the Lejac Indian Residential School and died in 1949. She was known for her compassion, humility and self-sacrifice. The soil of her grave is believed by some to have healing powers.
Walter injured his spine in a car crash when he was 20 years of age, in 1998 he endured another spinal cord injury. It was after his first spinal cord injury 52 years ago that Walter began using cannabis to help deal with spinal cord injury-related consequences.

Amelioration of neuropathic spinal cord injury (SCI) pain is a clinical challenge and science is proving the endocannabinoid system to be a therapeutic target for SCI. Just last year[2017] in January 2017 a survey was released on PubMed out of Denmark. Between 1990 and 2012, a 35-item questionnaire was given to 537 participants with a spinal cord injury. It was revealed that “65% used cannabis partly for spinal cord injury-related consequences and 59% reported at least good effect on pain and spasticity.” In Denmark, they concluded that cannabis use was more frequent among individuals with spinal cord injury than among their general population.
In 2016 “An Exploratory Human Laboratory Experiment Evaluating Vaporized Cannabis in the Treatment of Neuropathic Pain from Spinal Cord Injury and Disease” was conducted and the analgesic efficacy of vaporized cannabis in patients with neuropathic pain related to injury or disease of the spinal cord was evaluated using 8-hour human laboratory experiments. It was highlighted that “There was significantly more pain relief with active cannabis compared to placebo”. Data has collectively demonstrated that post-injury CB1R agonism can improve spinal cord injury outcome. The THC found in cannabis is a full agonist at CB1 receptors, why not.
In the fall of 2017 a study involving 37 habitual opioid using, chronic pain patients was released on PubMed. Medical Cannabis Program[MCP] patient-reported benefits and side effects from using cannabis one year after enrollment were recorded. “Survey responses indicated improvements in pain reduction, quality of life, social life, activity levels, and concentration, and few side effects from using cannabis one year after enrollment in the MCP.” It was concluded that “The clinically and statistically significant evidence of an association between MCP enrollment and opioid prescription cessation and reductions and improved quality of life warrants further investigations on cannabis as a potential alternative to prescription opioids for treating chronic pain.” 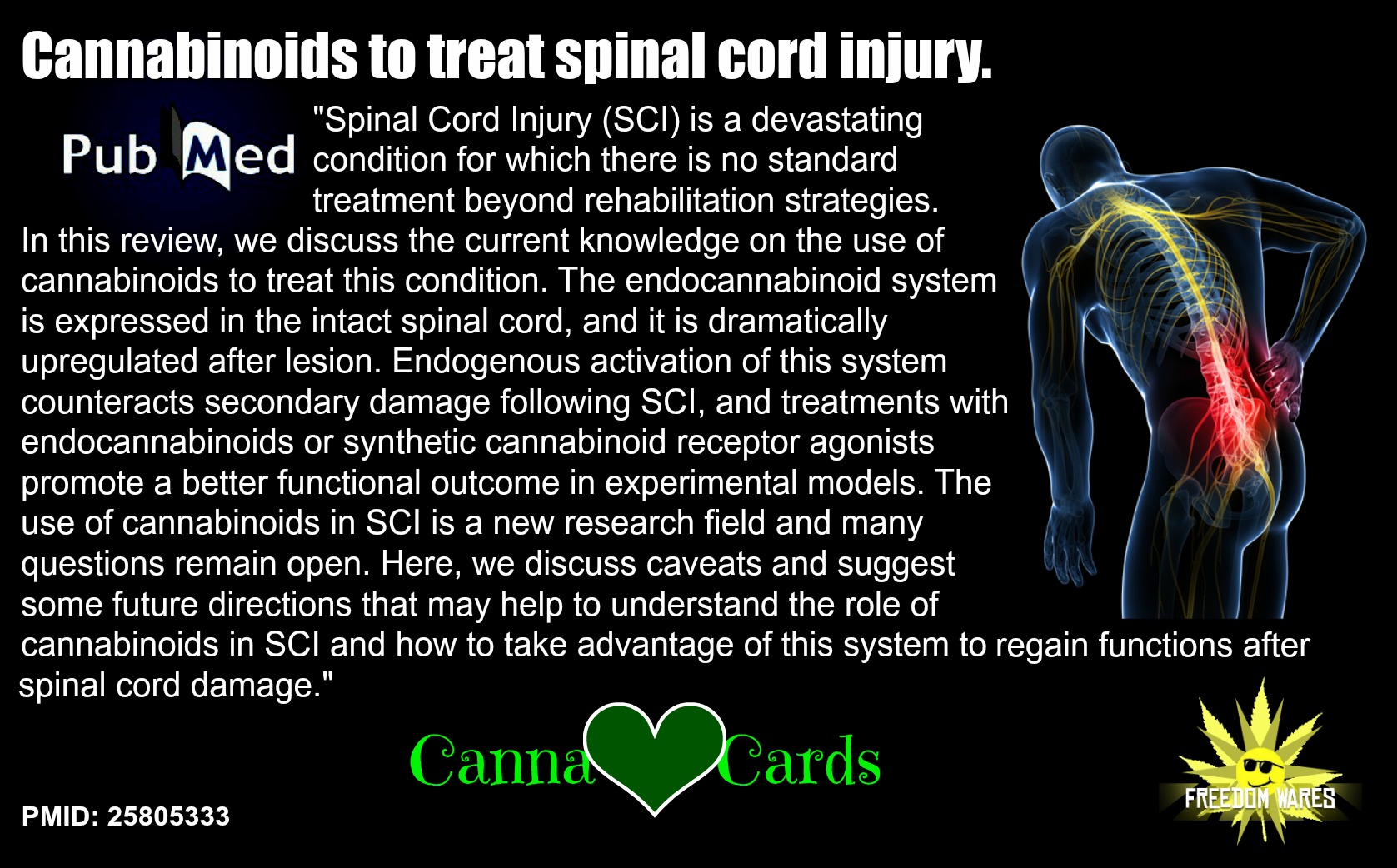 Isolating the phytocannabinoid Cannabidiol in the past has been reported to have “improved locomotor functional recovery and reduced injury extent, suggesting that CBD could be useful in the treatment of spinal cord lesions.” Would seem to us though that the therapeutic effect could be improved without the isolation of CBD, utilizing a full “Entourage Effect”.  “A better future via cannabis phytochemistry may be an achievable goal through further research of the entourage effect in this versatile plant that may help it fulfil its promise as a pharmacological treasure trove.”

Cannabis has been widely used as a medicinal agent in Eastern medicine with earliest evidence in ancient Chinese practice dating back to 2700 BC.

Walter has been a member of NORML since 1976…
NORML [National Organization for the Reform of Marijuana Laws] is an American originated non-profit organization with the goal of swaying public opinion enough to achieve legalization of cannabis. They believe that the responsible use of cannabis by adults should no longer be subject to penalty.  Their foundation supports those going through trials and prosecution under bad cannabis laws and they support those working to legalize “marijuana”.
In 1970, Keith Stroup founded NORML using $5000 given to him by the Playboy Foundation, marking the beginning of a central role played by NORML in the movement of cannabis decriminalization.
Over 35 years ago Keith Stroup had set up an interview for Walter on a CBC live radio show, Walter appeared wearing his NORML t-shirt received from Keith and he would also do a public service announcement from NORML boycotting Mexican weed because it was getting around and being sold with poison in it. Governmental malversation led to an American foreign‐policy gone bad. The poison was paraquat — February 1976, was the first time that State Department countered criticism of their paraquat program but that would not be the last time. Whenever opium‐poppy fields were trashed or not sewn, outdoor cannabis crops became the next target. Director of NORML, Keith Stroup was informed and he added the government’s paraquat spraying on outdoor crops to his 1977 lobbying agenda.
Several years later in 1983, the Reagan Administration was continuing the allowance of federal enforcers to use the herbicide paraquat which was being sprayed on crops by they found too. Paraquat can kill a crop within a few days, but if plants were harvested quick enough they could be and were being passed off as unaffected. This putting the health of many citizens at risk because when inhaled, paraquat can be lethal. Also, ingesting cannabis edibles laced with paraquat can cause renal and liver injury. Paraquat causes direct damage as soon as it comes in contact with the lining of the mouth. After paraquat enters the body, it gets distributed to all areas of the body.
During these times of prohibition and legalization it is ironic to consider how under the Reagan Administration, in the 80,s that the state department was providing a herbicide, paraquat to spray on marijuana crops to countries as a part of America’s international drug control program as an extreme measure to deter recreational marijuana smoking and fast forwarding to 2016 in Canada, under Health Canada’s Access to Cannabis for Medical Purposes Regulation program, known banned pesticides such as myclobutalin was shortly found in medical cannabis supplied by some Licensed Producers at a time when the government prepares to introduce legislation to legalize marijuana next year with these same Licensed producers being the supplier of the recreational  market. Myclobutanil was used in crops that were threatened with an infestation such as powdery mildew. Myclobutanil, when heated emits hydrogen cyanide.
– Profits over safety of patients and future recreational users, the ‘Poisoning Pot- and People’ continues.

The best was yet come…

Walter was living in Churchill Manitoba before moving to Winnipeg, meeting Chris Buors and the then Libertarian Party of Manitoba. It took 3 years booking the grounds for The Global Days against the Drug War before an annual event of rally’s and sit-ins started on 420 says Walter. “We had a hard time getting the grounds booked back then.” “We had to settle for a sit-in with no P/A back then.”  he further explains. “Hugh Hefner..sent me a letter…  to help..start up NORML Canada.” The next year I helped support Chris book the grounds and a band played too..cant get any better..lol
Similar affiliated organizations operate under the NORML banner in other countries too, among them NORML New Zealand, NORML Ireland, NORML UK and NORML France. By the middle of the 1970s, Playboy owner Hugh Hefner‘s financial support through the Playboy Foundation set NORML apart from its predecessors, making it the premier decriminalization advocacy group. At one point, Hefner was donating $100,000 a year to NORML.
“Many of the founders of NORML Canada now occupy positions in government and in private practice, in the legal profession, and other related fields, at the highest levels of competence and respect. The Canadian Bar Association, in fact, is well staffed with some of the founders of NORML Canada.“

Cannabis has been used for millennia to treat a multitude of medical conditions including chronic pain.

The cannabis plant has been man’s companion in various parts of the world for millennia.

“..I just hope I helped in my way,,,,to get legalized…..,,,as time flies..its been 42 years… to get where it is today….another group took over the web site..1978,,still on going…..” – Walter
Winnipeg was one of over 40 cities around the world that participated in The 1998 Global Days against the Drug War between June 5-10.
Winnipeg was the only Canadian city that showed their support by having a rally on June 7th at 1:00pm at the Legislative Building in support of the  Global Coalition that was organized by Chris Buors. This was the first rally in Winnipeg since rally’s held in the 70’s. Chris organized this rally again in 1999 and 2000. But in 2001, he was not able to book the Legislative grounds but a small 420 rally took place and grew unorganized since then. Walter has remained activated, showing his support and helping out when he could.

One of Walter’s hobbies is Soapstone Carving. He has been carving soapstone for over 31 years now. Some of his work can be viewed  and “Liked”online at his Facebook page, N & W stoneartworks. More of Walter’s art can also be found The Forks at the

Spirit in the stone 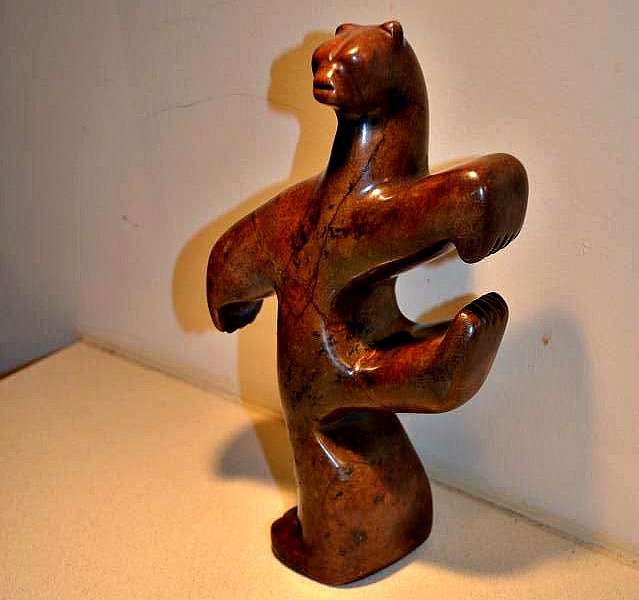 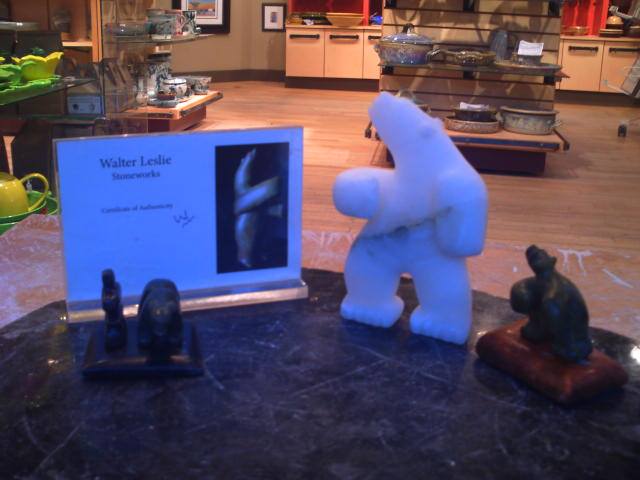 Cannabis helps my artworks too…and    ..we call it  stoneartworks. 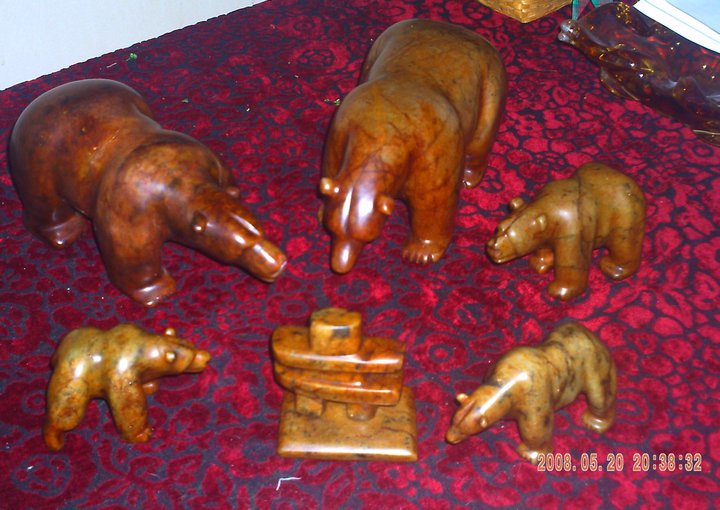 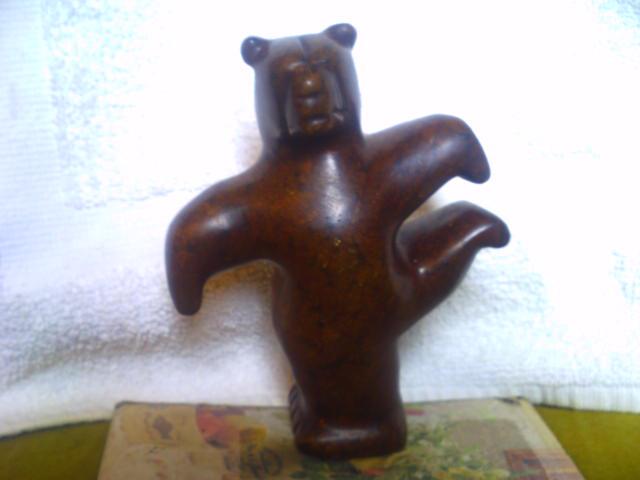 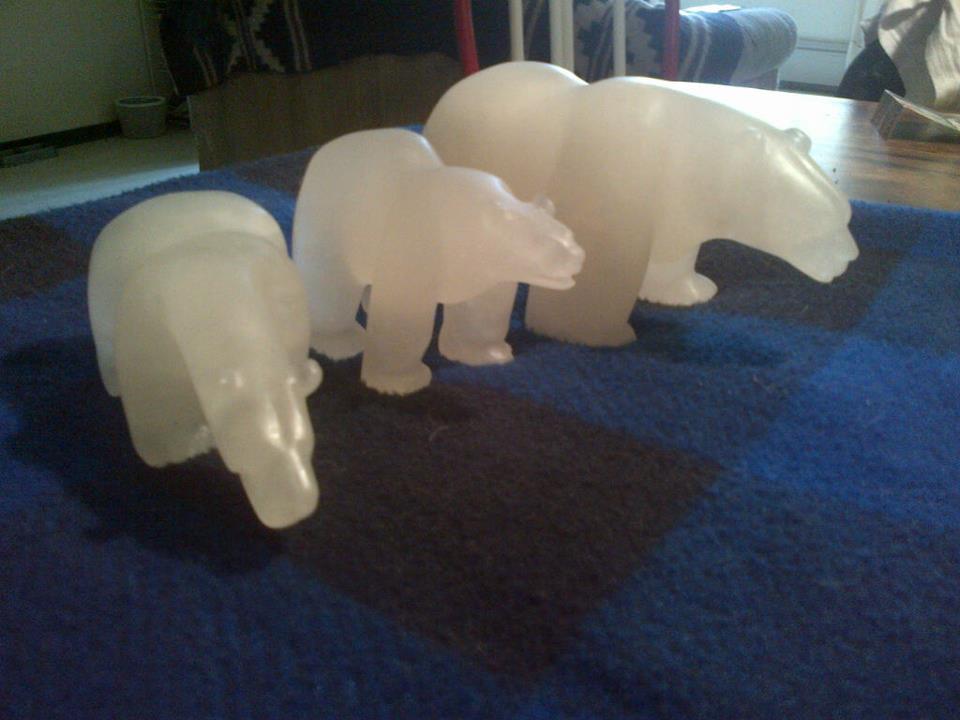 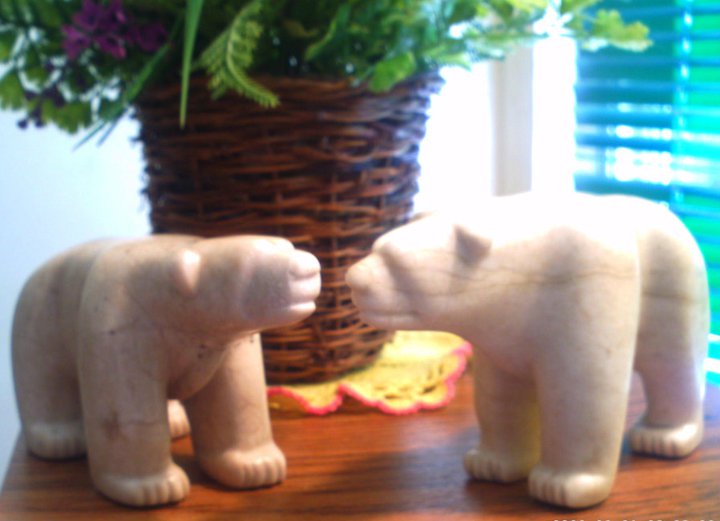 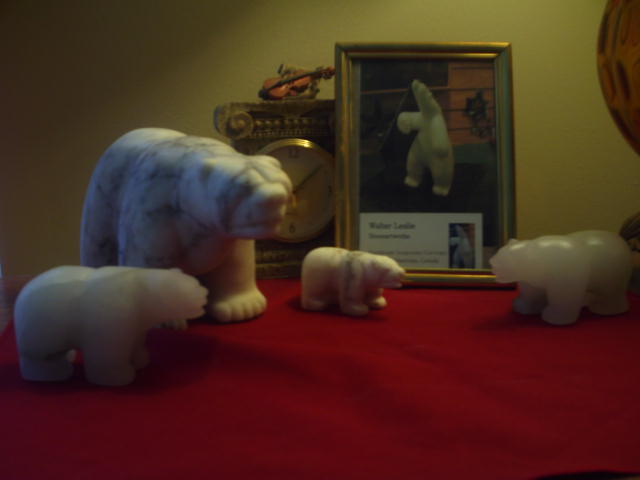 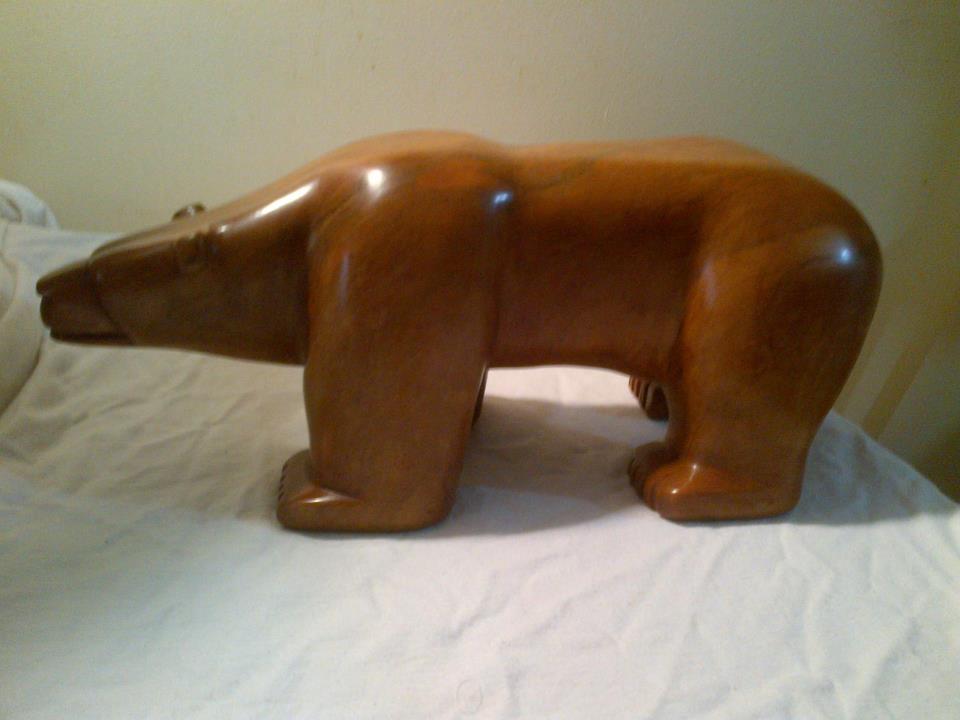 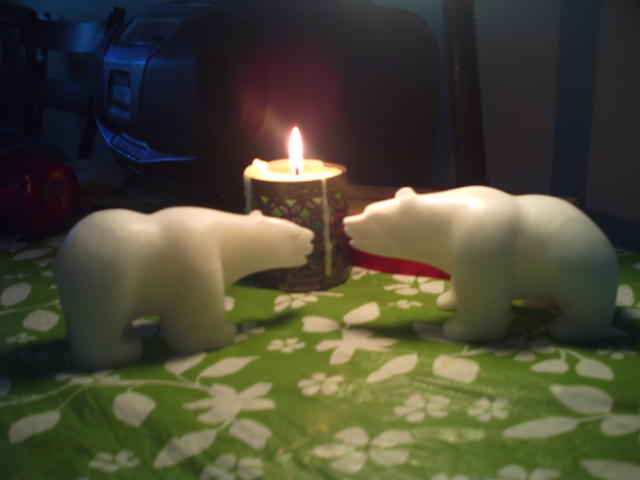 I always  said–now is the time..let there be peace.. – Walter 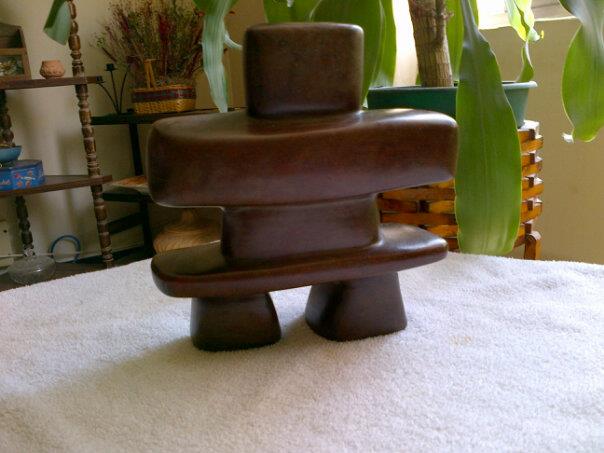 Do you or someone you know live with a spinal cord injury? Maybe cannabis canna help too! Start the conversation today with your doctor.
Thank you Walter! 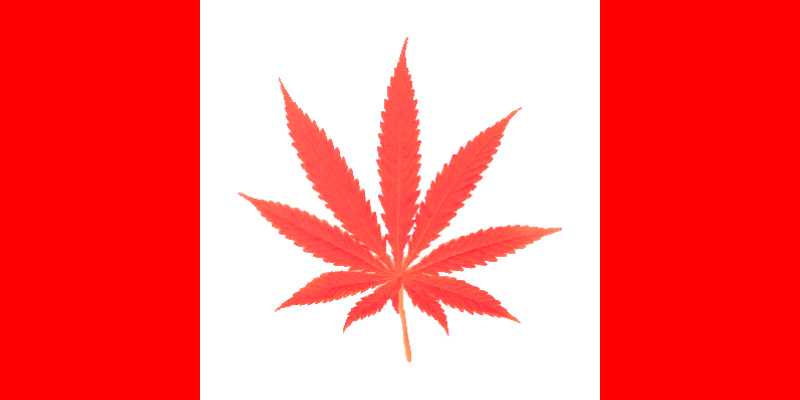 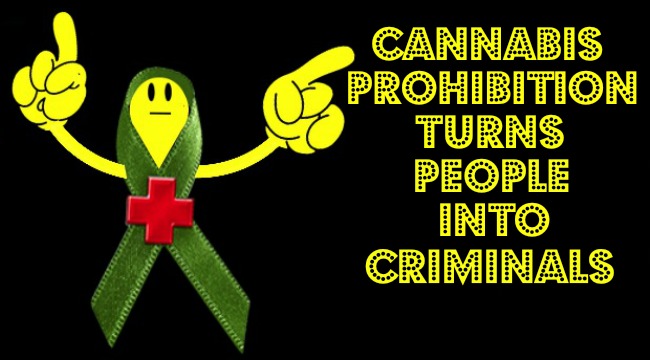 No One Should Go To Jail For A Plant!