Microbial metabolism of cannflavin A and B isolated from Cannabis sativa

Phytochemistry. Author manuscript; available in PMC 2016 May 30.
Published in final edited form as: 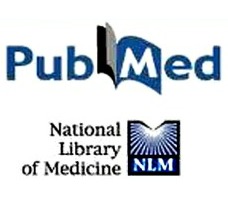 Cannabis sativa L. (Family: Cannabaceae), a plant originating in Central Asia, is cultivated worldwide as a source of fiber, energy, food and medicinal or narcotic preparations (Flores-Sanchez and Verpoorte, 2008). Recently, a number of new cannabis constituents were identified, increasing the total from 489 in 2005 (ElSohly and Slade, 2005) to 537 in 2009 (Ahmed et al., 2008a,b; Appendino et al., 2008; Radwan et al., 2009, 2008a,b), while the number of cannabinoids increased from 70 to 109. The cannabinoids are the most studied cannabis constituents, in particular Δ9-tetrahydrocannabinol (Δ9-THC), the main psychoactive component (Galal et al., 2009); however, research has shown that some of the other cannabinoids also exhibit pharmacological activities, e.g., the nonpsychotropic cannabinoid cannabidiol (CBD) displays antihyperalgesic, antipsychotic, anticonvulsant, neuroprotective and antiemetic properties (Galal et al., 2009). Other classes of compounds reported for cannabis include terpenes, sugars, hydrocarbons, steroids, flavonoids, nitrogenous compounds, noncannabinoid phenols and amino acids (ElSohly and Slade, 2005).

Microorganisms are used as predictive models for mammalian drug metabolism to establish the metabolic fate of biologically active compounds, while providing sufficient amounts of metabolite for structure elucidation and pharmacological evaluation. These models are also employed to obtain more active or less toxic substances and selective derivatives (Venisetty and Ciddi, 2003).

We herein report the microbial metabolism of 1 and 2 via a panel of 41 microorganisms, as well as the isolation, structure elucidation and activity (antimicrobial and antiprotozoal) of the resultant metabolites. In conclusion, in the present study, three metabolites of cannflavin A (1), produced by M. ramannianus, and two metabolites of cannflavin B (2), produced by B. bassiana, were isolated, with B. bassiana producing higher transformation yields than M. ramannianus. The enzymatic reactions included hydroxylation, O-glycosylation and sulfate conjugation, as well as combinations of these transformations. O-Glycosylation occurred at the C-4′ and C-7 hydroxy groups of 1 and 2, respectively, while sulfate conjugation occurred exclusively at the C-7 hydroxy. This study demonstrates the use of microbial transformation techniques to prepare new derivatives of flavonoids.

Cannflavin A (1) and B (2) were isolated from C. sativa L. (Radwan et al., 2008a, 2008b) grown at the University of Mississippi. Whole buds of mature female plants were harvested, air-dried and stored in barrels at low temperature (−24 °C).

Microorganisms (41) housed at the National Center for Natural Products Research, University of Mississippi, were used in preliminary screening experiments to identify organisms capable of metabolizing 1 and 2.

4.6. Isolation and purification of the metabolites

4.7. Acid hydrolysis and identification of the sugar units

Compounds 5 and 6 (2 mg) were refluxed separately with HCl (0.5 N, 3 mL, 2 h), followed by addition of water (10 mL) and extraction with CHCl3 (3 × 5 mL). The aqueous layers were dried to give the hexoses, which were identified through NMR spectroscopy, GC–MS analysis of their acetylated thiazolidine derivatives and through comparison of their specific rotation with authentic samples.

4.8. GC–MS analysis of the sugar units

The project described was supported in part by the National Institute on Drug Abuse, Contract No. N01DA-5-7746, and in part by the National Center for Research Resources, Grant No. 5P20RR021929-02. The content is solely the responsibility of the authors and does not necessarily represent the official views of the National Institutes of Health or the National Center for Research Resources. We are grateful to Dr. Bharathi Avula (University of Mississippi) for assistance with the HRESIMS, and to Dr. Melissa Jacob, Ms. Marsha Wright, Dr. Babu Tekwani and Dr. Shabana Khan (University of Mississippi) for conducting the antimicrobial and antiprotozoal testing.