Full text is available as a scanned copy of the original print version. Get a printable copy (PDF file) of the complete article (1.4M), or click on a page image below to browse page by page.

The medicine was first given in quarter grain, and afterwards in two grain doses, repeatedly hourly, until narcotism was induced. Strong soup, wine, and arrow-root were freely given.
The medicine produced marked relief, and was used freely — the quantity given daily varying from four to eighteen grains, and the child was kept almost constantly narcotized. The attacks of titanic spasm became gradually less severe; and, after twelve days, the medicine was discontinued, and the child recovered perfectly. 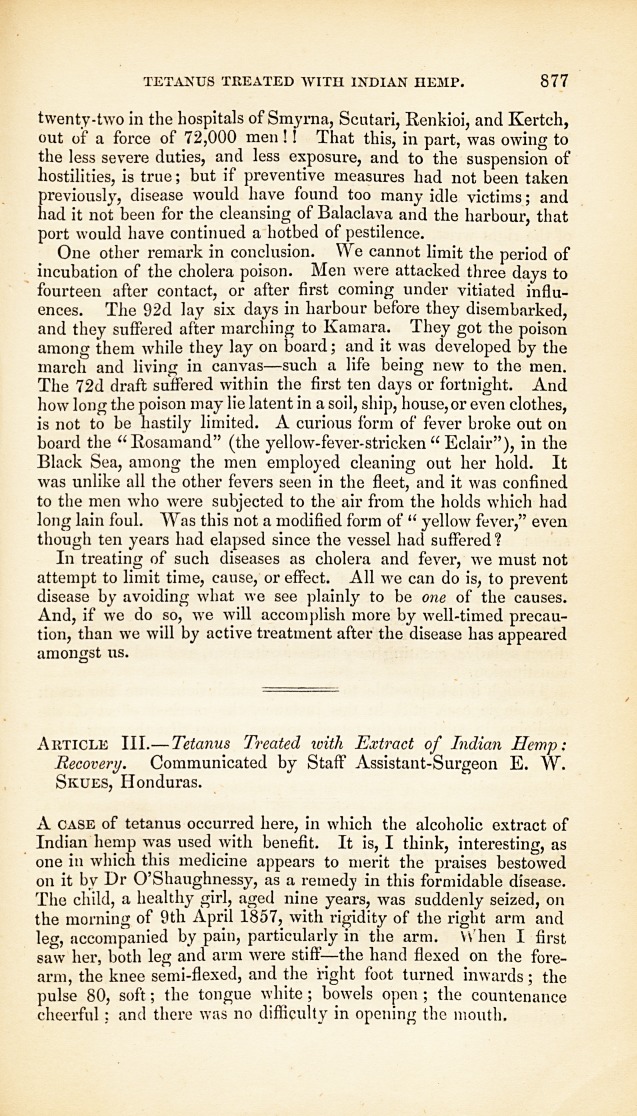 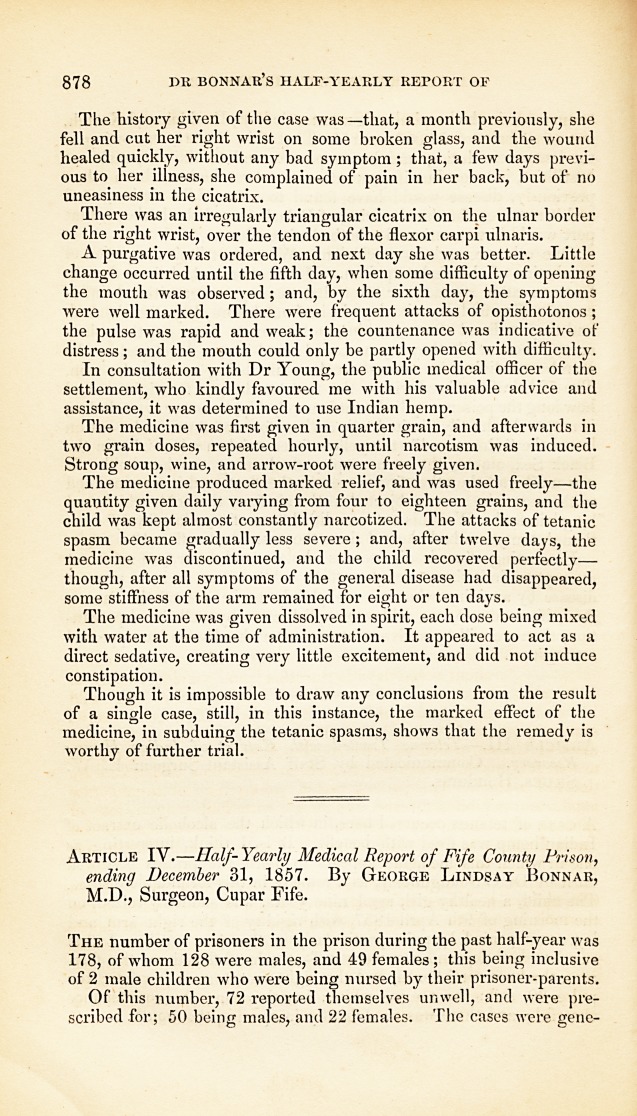