Medical Marijuana – Truth About The Cure

Mike, Tom and Jeff share the health benefits they have received from the use of Medical Marijuana

Lupus in Remission thanks to Cannabis Oil

I filmed this on the way home from picking up the paperwork from the Ana test.

It is clear to me that the Cannabis oil (1 gram a day, everyday) I’m taking is working very well to keep my Lupus in remission. I am very happy to be using a natural treatment that is safe on my organs. I only wish the medical community would be more willing to fight for real research to be done on this so this amazing plant can help more people.
============
If you want to be in contact with me in more places than just youtube feel free to add me to your social network.
Follow me on Instagram http://instagram.com/AngieLupusLife
Google+ : https://plus.google.com/u/0/106371352…
Tumblr: www.angielupuslife.tumblr.com
Twitter: https://twitter.com/#!/AngieLupusLife
Facebook: https://www.facebook.com/LupusLife

Shona Banda sits down and gives a short description of the times and trials that lead her to write her book “Live Free or Die”. The book explains how marijuana’s essential oils can be collected and used to treat a variety of illnesses, some now thought terminal. She goes on to tell about her personal experience with the oil, and how it saved her life.

Shona Banda, survivor of Crohn’s disease and author of ‘Live Free or Die’ talks about what it was like to first discover medical marijuana. Transcript follows:

My name is Shona Banda and I was diagnosed with Chron’s disease about 9 years ago and had every, every condition that you can think of I’ve endured. I went through the beginning stages of the disease where I was having strictures or blockages in my bowels with surgeries and drugs to fix that, all the way to the terminal stages of the disease, where I was loosing weight quite drastically and my body was starving because any food that I ate, was gone within minutes and my body was not able to absorb any nutrition I was trying to give it. I was so sick for so long, that as soon as I tried the oil and started feeling way better; that there was no turning back that was it that was it. No medication that any doctor had ever worked that well for any reason. I had watched Rick Simpson’s movie and I live in Kansas and you need a whole pound of it to make the two ounces to cure you and I cried. Like there is no way. And I accidentally found out how to do it with a little fifty-dollar glass dome vaporizer and a five-dollar spatula. Scrape that stuff out and scoop it into a pill and eat it three times a day. It’s just amazing, it really is. I really was on my deathbed just lying there in my bed just waiting. Cause I was in and out of the hospital so much, and in and out of the emergency room, that the last couple of times that I went in, there’s nothing we can do for you, I had gotten to the point that I didn’t want to be a burden didn’t want to do anything, I was literally waiting to die. And that’s when I accidentally found the oil. Within three days, I no longer needed my cane, I could stand upright, and that was it. My life changed forever.

Michelle thought she was just coming down with the flu, but the chest x-rays revealed much more – pneumonia, and a tumor. On January 12th, 2012, she was diagnosed with lung cancer.
Michelle has been a cannabis activist for over 40 years, so her course of action was certain, cannabis oil.
* Update from Michelle: “I am happy to report that the May 10th PET scan showed that there was no sign of cancer. The formal wording is ‘virtually complete resolution’.”
Michelle is a member of the San Francisco Medical Cannabis Task Force. She is on the Advisory Board for Patients Out of Time and, along with her husband Michael, are recipients of the High Times Lifetime Achievement Award.
Interview conducted at the Seventh National Clinical Conference on Cannabis Therapeutics, April 27, 2012 – Tucson, AZ.
Patients Out of Time;
http://medicalcannabis.com

**Since 1974 studies have shown that cannabis has anti-tumor effects. The results of the 1974 study, reported in an Aug. 18, 1974, Washington Post newspaper feature, were that cannabis’s component, THC, “slowed the growth of lung cancers, breast cancers and a virus-induced leukemia in laboratory mice, and prolonged their lives by as much as 36 percent.” In 1975 an article in the Journal of the National cancer institute titled “Antineoplastic Activity of Cannabinoids,” they reported that “Lewis lung adenocarcinoma growth was retarded by the oral administration of tetrahydrocannabinol (THC) and cannabinol (CBD). Mice treated for 20 consecutive days with THC and CBD had reduced primary tumor size.”

In 1998, a research team at Madrid’s Complutense University Led by Dr. Manuel Guzman discovered that THC can selectively induce programmed cell death in brain tumor cells without negatively impacting surrounding healthy cells. They reported in the March 2002 issue of “Nature Medicine” they had destroyed incurable brain cancer tumors in rats by injecting them with THC. And in 2007 even Harvard Researchers found that compounds in cannabis cut the growth of lung cancer. There is also an organization called The SETH Group that showed compounds in cannabis can stop the growth of human glioblastoma multiforma (GBM) brain cancer cells. The SETH Group says “No chemotherapy can match this nontoxic anti-cancer action.” Even last year in 2012 a pair of scientists at California Pacific Medical Center in San Francisco found THC stops metastasis in many kinds of aggressive cancer.***

“Miguel Garcia is living with a rare skin disorder called Epidermolysis bullosa. This genetic disorder causes the skin to blister or flake off extremely easily. Miguel has fought everyday to live his life, and through that struggle he’s developed an inspiring perspective. This film was funded by the American Indian Health Services Clinic in Santa Barbara CA, who have aided Miguel throughout his life.

Miguel is an incredible person, and hopefully his story can help inspire others to live their life to the fullest.”

How the Rick Simpson hemp oil helps with malaria, PTSD, anxiety and sleeping problems after a major trauma.

April, 2008 – Having survived Amyotrophic Lateral Sclerosis (ALS) for 22 years using cannabis (marijuana) as medicine, Cathy Jordan of Florida explains how it works to keep her alive – as a neuroprotective, cough stimulation, and the “cottonmouth” effect that controls the excess saliva so dangerous to ALS patients. Cathy also cites proven efficacy for Multiple Sclerosis and Parkinson’s Disease, while predicting breakthroughs for Autism and Alzheimer’s.
This video was submitted to the Iowa Board of Pharmacy hearing in November of 2009, with 11 other patients from the Cannabis Patient Network. Hear and learn more at:http://CannabisPatientNetwork.com

We flash foward to 2006 to learn from Robert Melamede, PhD, Biology Professor at the University of Colorado, exactly what marijuana does for ALS (Lou Gehrig’s Disease) and other degenerative nerve diseases, like Multiple Sclerosis, Alzheimer’s and Parkinson’s.
Dr. Melamede describes the unique role of the body’s own Endo-Cannabinoid system as a “homeostatic regulator” keeping numerous body systems in balance – including the immune, digestive, reproductive, cardio-vascular and neuromuscular systems.
Dr. Melamede sees the plant-based Cannabinoids in marijuana as a suppliment – to help the Endo-Cannabinoid system achive balance during biological,bio-chemical or other stresses,
“The use of Cannabis has a profound effect in helping to stop nerve degeneration and helping to restore functional nerves”.
He also recommends Hemp Oil, rich in Omega 3 & 6 EFAs (Essential Fatty Acids), to give the body the tools it needs to achive health.
Then, back to May of 2000 (14 years with ALS), at home in Parrish, Florida, Cathy Jordan demonstrates how Cannabis helps her to have a great quality of life, while she and her family enjoy her heated pool.
Please visit Cathy’s website:
http://www.alsandcannabis.com
For more videos & info on medical marijuana, visit:
http://www.youtube.com/cannabistherap…
View an excellent presentation by Professor Melamede on the “Holistic Biochemistry of Cannabinoids” at:
http://video.google.com/videoplay?doc…
from 2004 Clinical Conference on Cannabis Therapeutics, hosted by Patients Out of Time:
http://www.medicalcannabis.com

*** PLEASE READ: Cannabis has the most healing effects for patients early in ALS disease progression. While it can be useful later, SMOKING ANYTHING CAN BE DANGEROUS IN ADVANCED CASES OF ALS, so check with your doctor if you have any concerns. This is what works for one person and is not intended to be medical advice. ***

Kathleen faces challenges daily that most of us couldn’t imagine and yet, she bubbles over with so much joy! Her Cerebral Palsy confines her to her wheelchair most of the time and profoundly limits the use of her hands and arms, even to feed herself. Perhaps most isolating is her difficulty communicating.

Kathleen has found that cannabis enables her to speak much more clearly. When she medicates with a few puffs before bed. The spasms in her arms and legs ease and she can sleep.
In the morning, not only does she awake refreshed from a good night’s sleep, but the clarity of her speech continues throughout the following day.

If only cannabis were legal in Missouri so that Kathleen and others like her could fullly experience a better quality of life without being treated like a criminal.

The SETH Group – The Action of Cannabinoids in Cancer Cells

Steve uses 2 form of cannabis oil orally to Stop his seizures: one made of a High CBD Rich Cannabis & the other High in THC similar to (RSO) Rick Simpson Oil.  https://www.youtube.com/watch?v=i-vr8…

Stan and Barb Rutner are no strangers to cancer. The married couple, both in their 70s, have run into it before. It struck Stan in the lungs first. Manifesting as a persistent cough, a doctor later revealed cancerous nodes in the lungs were the real culprits. As if that wasn’t enough of a blow, doctors later discovered worse news for Stan: brain cancer. Like before, the Rutners were able to successfully battle—and beat—cancer. But this time, they turned to a less invasive, more permanent treatment and solution—medical cannabis. CULTURE spoke with Stan, Barb, their daughter Corinne and her husband John about this intense and life changing experience with cannabis. http://ireadculture.com/2013/09/news/… 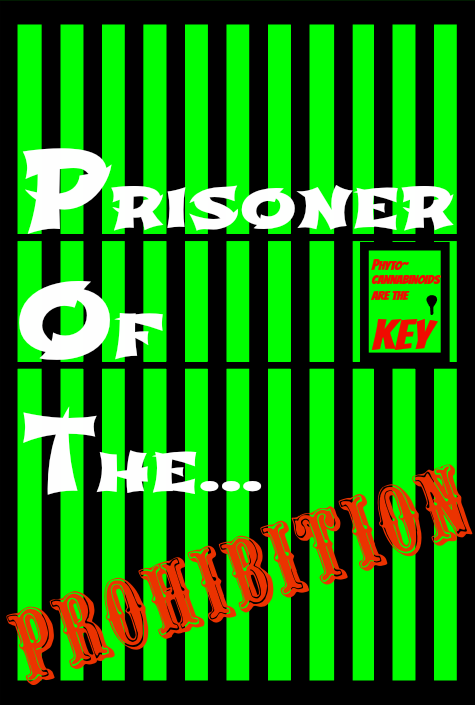