Legalization Or Chaos In Our Legal System? 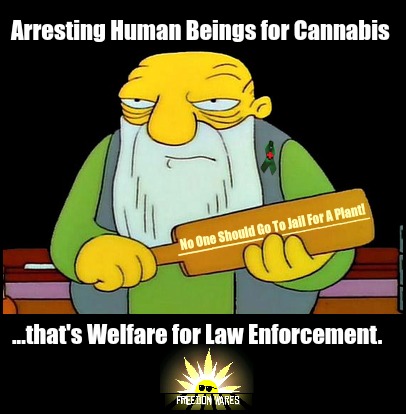 Street Value? What about the Patient Value?? Priceless. Another road block for patient access for life saving treatments. With no reasonable access for hundreds of Manitoba patients, patients once again suffer. “Marijuana is beneficial to mankind”. The actions of the WPS have victimized the 4 accused and patients that accessed medicine through them. It would seem that the WPS are the ones guilty of a crime here.

Advocate Van Son Tran and wife Thi Lieu Vo, both licensed medical marijuana patients under Health Canada, and have had their legal marijuana grow raided again on April 19th, at 291 Smart Street in Winnipeg by members of the Winnipeg Police Service’s “Green Team”. Van Son’s family were taken into custody. His wife was arrested in the process of their raid even though she required a translator. Kind of sounds more like a kidnapping.
Legal Aid has been impeding their self-representation. Four representatives of Legal Aid Manitoba have been named as colluding to interfere with not only the release of the accused family, but with their ability and right to represent themselves at their hearing. In February, Sansregret was accused by the defendants on record for interfering with a separate pending legal matter, a matter the defendants were not made aware of until trial had been set.
After a Bail Hearing on April 29th, both sons were released after being in custody since April 19th. Van Son Tran(Jon) and his wife Thi Lieu Vo remain in custody. Thi remains in the Remand Centre and Jon has been transferred to Milner Ridge Correctional Centre in Beausejour, Manitoba. A motion for their bail review has been filed. 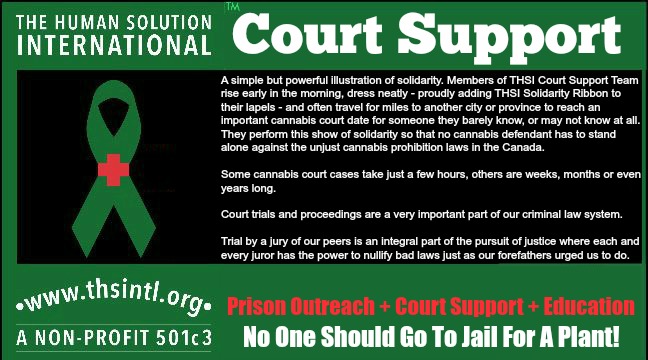 🙁 Van Son Tran and his family are one family, of so many, that know all too well about going through the trials of Cannabis Prohibition.

No One Should Be In Custody For A Plant!
#FreeVanSonTran #FreeThiLieuVo
Jon Tran is a well respected member of the community. He opened the doors to a resource clinic where people could come to learn about medical cannabis. He has also provided access for many patients that were displaced under Health Canada’s broken MMAP, left with no access to their medicine. Jon has supported community events and has held community events within the city. He is the first person in Winnipeg’s CannaHistory to hold a Medical Cannabis Social. Jon is a friendly person, who will listen to your concerns. He is a reasonable and conscientious man who has offered all kinds of help to all kinds of people.

“The former prohibition against the possession of marijuana has been struck down repeatedly by court decisions, and yet you continue to enforce it, which is illegal conduct on your part. In fact the law was struck down yet again on February 24, the very day you made those comments, when the Crown lost the case of Allard; this judgment rules that there is currently no valid medical marijuana access system, and there has not been one for several years, certainly since July 2013 and probably earlier.

Allard is now a final decision as of March 24, and its finding of invalidity cannot now be overturned. This means that more than 100,000 Canadians arrested for marijuana possession since July 2013 have been prosecuted without legal authority, when Allard is combined with firmly cemented legal precedent. You must not add to the chaos in our legal system on this matter by pushing for further invalid convictions and empty pleas.
The precedents set by the juvenile accused J.P.,who was acquitted 3 times in Ontario courts in 2003, establish that when there are no currently valid medical marijuana access provisions there is likewise no currently valid prohibition of simple possession. So there is no currently valid law that would even authorize those arrests and prosecutions that you say must continue. The rule of law demands that they must stop.
In Canada the prohibition against marijuana fell into invalidity on 2001 July 31, because Parliament, which was required to discuss and pass a new prohibition, did not meet its deadline. This was the judicial reasoning in R. v. J.P. (OSC 2003 May 16: decision at [15]-[16]; ratio at [9]-[14]). When it was appealed, the Crown lost again (R. v. J.P. OCA 2003 October 7: decision at [34]), this time for a different reason (ratio at [11]-[16]): the Medical Marihuana Access Regulations were invalid at the time of J.P.’s alleged offence, 2002 April 12, and therefore so was the overall prohibition.
Both of these judgments retain precedent value in the Canadian legal system, as neither one has ever been reversed by a conviction based on dissenting reasons.”
– Prof. D. S. Hutchinson, Trinity College 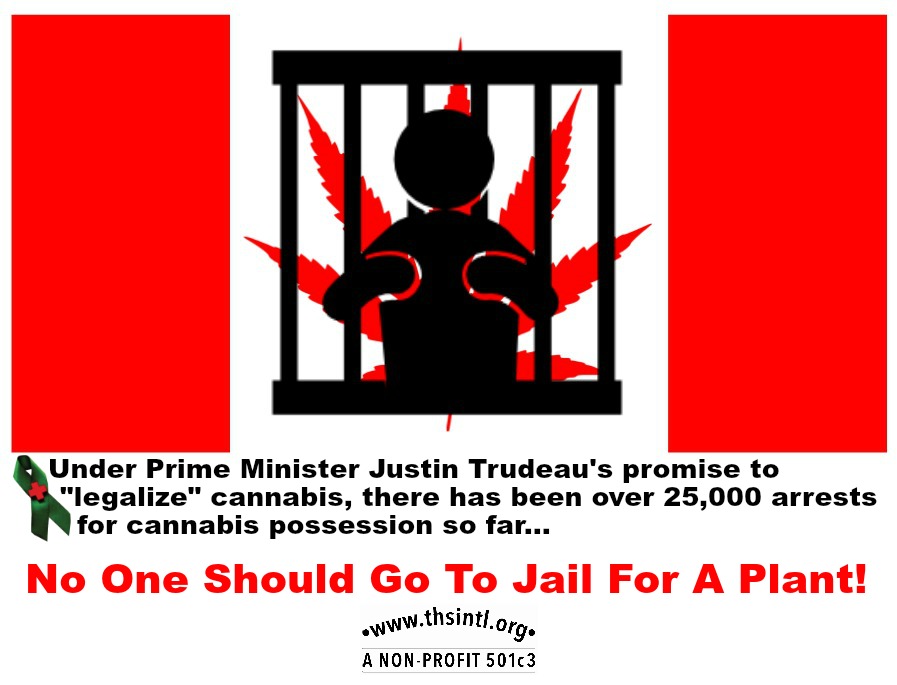 What is Remand?
Remand is: “the temporary detention of a person while awaiting trial, sentencing or the commencement of a custodial disposition.”
So what about the presumption of innocence? That is a legal right.
Innocent until proven guilty in a court of law, right?
..but this is how the innocent are handled and treated in Canada

..repercussions, as in the most recent death at the Remand Centre – where Bradley Errol Green was denied medication for his epilepsy. 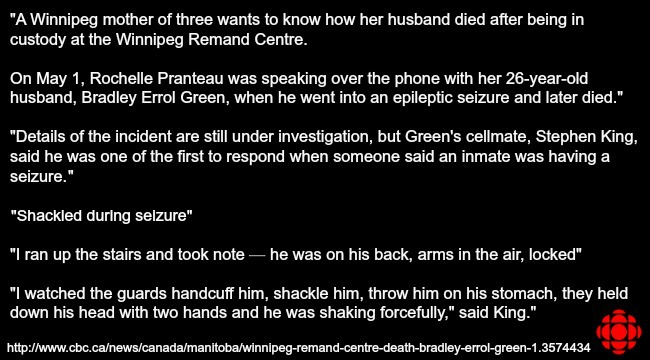 WebMD says in a “Helping a Person During a Seizure-Topic Overview“:
to “be careful not to apply too much pressure to the body.”
and
“Do not try to hold down or move the person.”
Cannabis, the medicine that Jon and his family remain is custody for is beneficial, helping Humans Beings deal with all kinds of conditions, including seizures due to its amazing anticonvulsant profile. The EndoCannabinoid System is implicated in all Human diseases and disorders including Epilepsy.

“Cannabis as a medicine was used before the Christian era in Asia, mainly in India. The introduction of cannabis in the Western medicine occurred in the midst of the 19th century, reaching the climax in the last decade of that century, with the availability and usage of cannabis extracts or tinctures.”

“The use of cannabis as a medicine by ancient Chinese was reported in the world’s oldest pharmacopoeia, the pen-ts’ao ching which was compiled in the first century of this Era, but based on oral traditions passed down from the time of Emperor Shen-Nung, who lived during the years 2.700 B.C. Indications for the use of cannabis included: rheumatic pain, intestinal constipation, disorders of the female reproductive system, malaria, and others.2 In the beginning of the Christian Era, Hua T’o, the founder of Chinese surgery (A.D. 110 – 207), used a compound of the plant, taken with wine, to anesthetize patients during surgical operations.”

“The active components of a plant which has been prized as a medicine for thousands of years should not be discarded lightly, and certainly not through political expediency or as a casualty of the war on drugs.”

..and if you have ever been subject to a raid or known someone who has…. – ..the trauma and damaging impact lingers on long after the arrests.

Lindy: “No Knock Raid” – a song about the drug war’s deadliest tactic. 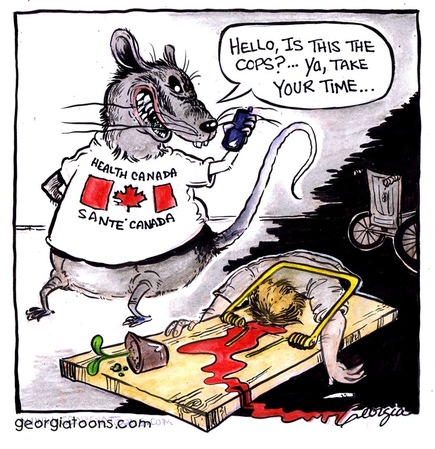 “No Knock Raid,” written and performed by Toronto-based musician Lindy, is a searing indictment of one of the most aggressive, ubiquitous, and mistaken tactics in the War on Drugs.
Consider only the most recent raid to cause a national outrage: On May 5, 2011, 26-year-old Jose Guerena, who survived two tours in the Iraq War, was shot and killed during a raid on his house by a Pima County, Arizona SWAT team that fired dozens of bullets through his front door. Guerena, married and a father of two, had just finished a 12-hour shift at a local mine. Law enforcement sources claim he was involved in narco-trafficking but have yet to produce any evidence supporting that claim. Officers involved in the death have been cleared of wrongdoing.

Guerena’s death is not an isolated incident. As USA Today reports, an astonishing 70,000 to 80,000 militarized police raids take place on a annual basis in America, many of them on mistaken suspects and many of them ending with injury or death for police and citizens alike.
As Reason Contributing Editor Radley Balko and others have documented, the militarization of standard police practice is a direct consequence of the modern-day War on Drugs, started 40 years ago by President Richard Nixon – and perpetuated by every administration since. (For a comprehensive report on the failure of the drug war to achieve any of its stated goals, read “Ending the Drug War: A Dream Deferred,” by Law Enforcement Against Prohibition.)”
“No Knock Raid”  written and performed by Lindy.
Produced and directed by Hawk Jensen.
Performance footage directed by Victor Tavares and Zachary Koski.