The past decade has witnessed a rapid expansion of our understanding of the biological roles of cannabinoids and their cognate receptors. It is now certain that Delta9-tetrahydrocannabinol, the principle psychoactive component of the Cannabis sativa plant, binds and activates membrane receptors of the 7-transmembrane domain, G-protein-coupled superfamily. Several putative endocannabinoids have since been identified, including anandamide, 2-arachidonyl glycerol and noladin ether. Synthesis of numerous cannabinomimetics has also greatly expanded the repertoire of cannabinoid receptor ligands with the pharmacodynamic properties of agonists, antagonists and inverse agonists. Collectively, these ligands have proven to be powerful tools both for the molecular characterisation of cannabinoid receptors and the delineation of their intrinsic signalling pathways. Much of our understanding of the signalling mechanisms activated by cannabinoids is derived from studies of receptors expressed by tumour cells; hence, this review provides a succinct summary of the molecular pharmacology of cannabinoid receptors and their roles in tumour cell biology. Moreover, there is now a genuine expectation that the manipulation of cannabinoid receptor systems may have therapeutic potential for a diverse range of human diseases. Thus, this review also summarises the demonstrated antitumour actions of cannabinoids and indicates possible avenues for the future development of cannabinoids as antitumour agents. 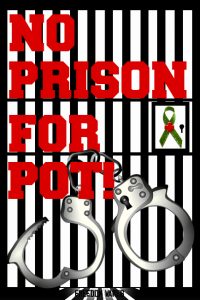