Cannabinoids for the treatment of spasticity 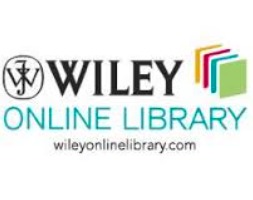 This review summarizes studies that examined the effectiveness of cannabinoids in treating spasticity, with a focus on understanding the relevance of the existing evidence to paediatric populations. MEDLINE, Embase, PsycINFO, and the Cochrane Library were searched to identify studies that examined the use of cannabinoids in spasticity. We identified 32 studies in adult and paediatric populations. Results were summarized by condition, with adult and paediatric studies considered separately. There is evidence from randomized controlled clinical trials that cannabinoids are more effective than placebo in reducing symptoms of spasticity in adults with multiple sclerosis. Most positive effects were based on patient‐rated rather than clinician‐rated measures, were modest in size, and should be considered in the context of the narrow therapeutic index of cannabinoids for spasticity and adverse effects. There were comparatively few, and no large studies, of spasticity in conditions other than multiple sclerosis. Few studies have been conducted in paediatric populations. Paediatric studies of spasticity provide low quality evidence and are inadequate to inform clinical practice.