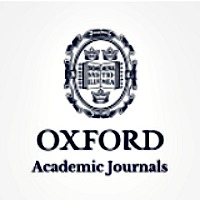 This editorial is occasioned by the publication in Pain Medicine of two quite distinct articles [1,2] on the topical subject of cannabis and pain. As a point of departure, it is necessary to define terms. Cannabis sativa L. is a highly variable biochemical and morphological plant frequently termed “marijuana,” an obsolete and pejorative terminology for an ancient Old World species that has been utilized as an analgesic for millennia. The cannabis of commerce is frequently divided into two categories termed “sativa” and “indica” that purport to refer to differences that are neither taxonomically nor pharmacologically defensible. Similarly, one may refer to “strains” of cannabis, a label that is properly applied to bacteria or viruses, but not plants. Rather, what is scientifically relevant is the biochemical profile of a given cannabis variety, prompting the more appropriate terminology of chemical varieties or “chemovars.”

The first entry [1] documents the contents of a 2016 pain symposium encompassing contributions of several experts on pain, addiction, and drugs of abuse. Although it certainly is the case that the participants outlined at length the theoretical dangers and pitfalls of cannabis, there is little allusion to first-hand experience with cannabis as medicine, and the overall impression created may be unnecessarily alarmist and particularly attributable to a conflation of the adverse event profile of recreational smoking of cannabis as compared with its therapeutic application in chronic pain patients. A few sweeping statements are necessary as a prelude (reviewed in [3,4]). Cannabis is unimpressive as an analgesic for acute pain, with the possible exceptions of treatment of paroxysmal or breakthrough pain or its adjunctive utilization in conjunction with opioids [5]. Rather, the benefit of cannabis in pain management is most apparent in patients with chronic conditions, particularly in those with neuropathic pain wherein opioids are suboptimally effective, or may even exacerbate the condition. Second, therapeutic use of cannabis is different in its aim and methods in comparison to recreational usage, wherein the entire point is to create a “high” or intoxication that must be considered a side effect in pain treatment, wherein the ideal result would be effective analgesia without alteration of consciousness or impairment. This seeming discrepancy is logically supported by the differences in methodology of dosing. Recreational cannabis is far and away linked to inhalation, usually by smoking, a technique that will never garner support in the medical or regulatory communities. After inhalation, a rapid pharmacokinetic peak activity is attained, but at the risk of intoxication, and the need for frequent redosing risks the production of reinforcement and dependency. The frequency of cannabis dependence is frequently cited based on US data as 9%, a figure that must be challenged and downgraded by up to 60% due to the fact that an equivalent number of cannabis users are placed in treatment for cannabis addiction through the legal system as an alternative to incarceration, irrespective of whether true dependency is operative in a given individual. The addiction risk of therapeutic cannabis usage, in contrast, approaches 0% in formal studies, particularly in that no mortality, serious sequelae, tolerance, dose escalation, or withdrawal has been documented [3]. Risks can be further reduced through utilization of proper extracts, particularly those containing cannabidiol (CBD), which counteracts the anxiety, tachycardia, dependency, and other potential pitfalls of excessive tetrahydrocannabinol (THC) exposure.

Although smoking and the more modern harm reduction technique of vaporization of cannabis remain popular in many countries for medical usage, the more defensible and actively pursued approach is rather the use of oral or oromucosally administered extracts of cannabis, in as much as these can provide measured doses of material that are more easily titrated to achieve pain control without untoward effects. Additional advantages are less frequent dosing and avoidance of peaks and valleys of effects. Additionally, proper blinding of cannabis-based medicines in randomized controlled trials is far easier with oral preparations and has proven extremely challenging in studies with inhaled materials.

Maher et al. [1] note the rapidly changing landscape of cannabis legalization and widespread usage. Subsequent to this conference, the National Academies of Science, Engineering and Medicine [6] opined in 2017 that “there is conclusive or substantial evidence that cannabis or cannabinoids are effective: for the treatment of chronic pain in adults (cannabis).” A significant part of the foundation for this decision is connected to nabiximols (Sativex), the oromucosal spray of standardized whole cannabis extracts containing THC and CBD in roughly a 1:1 ratio, which is approved in 30 countries (other than the United States) for treatment of medically refractory spasticity in multiple sclerosis; it is additionally approved in Canada under a Notice of Compliance with Conditions (NOC/c) for MS-associated central neuropathic pain and for cancer pain unresponsive to optimized opioid treatment. The latter indication was supported by two Phase II clinical trials, but without overall success in three subsequent Phase III trials [3]. Additional scrutiny of the data are necessary, however, in that stratification of the patients by country of origin revealed that significant pain reduction was achieved in the American cohort but not in other countries [7]. The distinction seems to be rooted in marked differences in patient profiles, specifically in that American patients had less severe Karnofsky impairment levels at baseline and freer access to opioids, in contrast to the sicker Eastern European cohort, where opioid intervention was a later and less available option. An additional important observation from the nabiximols program is frequently overlooked in that it was derived from a long-term safety extension publication rather than a placebo-controlled trial [8]. In this study, hospice patients with cancer on nabiximols not only failed to increase that dosage with progression of their disease, but also failed to demonstrate the expected increases in opioid dosages before succumbing to their illness.

The second entry in this issue on cannabis and pain [2] is provided by a team in Israel with many years of experience in treatment with cannabis. I can imagine my colleagues scoffing at the concept of accepting as evidence a series of anecdotal interviews in an era where the randomized controlled trial is the sine qua non of medical proof. However, it must be urged that readers descend from the ivory tower for a few moments and that disbelief be temporarily suspended to listen to the imparted messages. Certain basic truths must be advanced: 1) we are facing a opioid crisis with attendant unacceptable iatrogenic mortality; 2) our nonopioid alternatives are minimally effective adjuncts in the treatment of chronic pain and often harbor their own prominent comorbidities and sequelae; 3) there are no data that support the safety or efficacy of long-term opioids in chronic noncancer pain; 4) little is on the drug development horizon that portends to alter this landscape; 5) whether anyone likes it or not, increasing millions of people around the globe are utilizing cannabis to treat their pain, and observational studies and surveys repeatedly demonstrate that pain is the top medical indication for cannabis usage, in the range of 70% of all patients; 6) no medicine is successful commercially or otherwise unless the patient perceives that they are improved through its usage; and 7) as we lack objective measurement of pain on the clinical front (the putative “pain-o-meter”), we have only the patients’ opinions and those of their caregivers to guide measures of efficacy.

Given this situation confronting the pain clinician, patient experience is of paramount importance. Lavie-Ajayi and Shvartzman document the measures of relief of pain espoused by their clientele. Often these are accompanied by unfamiliar terminology. The 19 patients interviewed were all long-term chronic pain sufferers utilizing 20–60 grams of cannabis per month (2/3–2 g/d). Acute reaction to dosing often produced a “sigh of relief” associated with pain abatement. This was accompanied by improvement in mood, a degree of relaxation, and a sense that while the pain might still be present, even unabated in intensity in some instances, rather it became tolerable, allowing a compartmentalization and distancing from the emotional ballast that customarily drags the chronic pain patient into a pit of despair. Physiologically, this phenomenon is easily explained on the basis that CB1 receptors are densely represented in the limbic system areas that are responsible for the affective elements of pain perception. If such relief is realized on a regular basis, this allows “a return to normality,” which could entail goals such as increased engagement with family, friends, and activities previously avoided before treatment. Overall, the result was a sense of “restored self,” a status that most chronic pain patients lose hope of ever attaining once more.

Such findings may smack of “new age” ethos to many but will be eminently familiar to those clinicians with exposure to significant populations of clinical cannabis patients. There is a tendency to disbelieve in magic, but that term cannot be properly applied to cannabis, wherein the theoretical basis for its analgesic effects is so extensive [3] and adoption by the public is advancing at a phenomenal pace. Let us be clear: Cannabis is not laetrile. This is not a matter of collective delusion, nor some conspiratorial smokescreen. A recent experiment demonstrates the real-time opioid–sparing efficacy of THC with oxycodone [5], whereas a plethora of observational studies document opioid and other adjunctive drug reduction or discontinuation in large numbers of patients with chronic pain conditions, including fibromyalgia [9]. It requires emphasis that many such results have often been attained with unstandardized cannabis chemovars, and not with agents that have been selectively bred to enhance analgesic efficacy through combinations of the most efficacious components to reduce pain (THC, CBD, beta-caryophyllene) or minimize adverse events (CBD, limonene, alpha-pinene, linalool).

The time has passed when it is justifiable for pain clinics in cannabis legal jurisdictions to discharge patients for the appearance of THC metabolites in their urine. I urge clinicians to educate themselves on cannabis, cannabinoids, and the endocannabinoid system, to understand that cannabis is a variable botanical with distinct pharmacological differences between chemovars with attendant preparation–specific effects, and to engage their patients in substantive discussions of the impact that cannabis may have on their quality of life.

Funding sources: Ethan Russo is Director of Research and Development for ICCI with no additional funding for this editorial.

This article is published and distributed under the terms of the Oxford University Press, Standard Journals Publication Model (https://academic.oup.com/journals/pages/open_access/funder_policies/chorus/standard_publication_model)