By Freedom WaresApril 17, 2007No Comments

Date:April 17, 2007Source:American Association for Cancer ResearchSummary:The active ingredient in marijuana cuts tumor growth in common lung cancer in half and significantly reduces the ability of the cancer to spread, say researchers at Harvard University who tested the chemical in both lab and mouse studies. 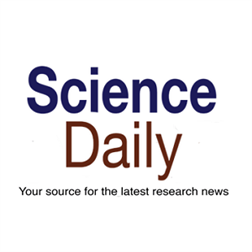 The active ingredient in marijuana cuts tumor growth in common lung cancer in half and significantly reduces the ability of the cancer to spread, say researchers at Harvard University who tested the chemical in both lab and mouse studies.

They say this is the first set of experiments to show that the compound, Delta-tetrahydrocannabinol (THC), inhibits EGF-induced growth and migration in epidermal growth factor receptor (EGFR) expressing non-small cell lung cancer cell lines. Lung cancers that over-express EGFR are usually highly aggressive and resistant to chemotherapy.
THC that targets cannabinoid receptors CB1 and CB2 is similar in function to endocannabinoids, which are cannabinoids that are naturally produced in the body and activate these receptors. The researchers suggest that THC or other designer agents that activate these receptors might be used in a targeted fashion to treat lung cancer.
“The beauty of this study is that we are showing that a substance of abuse, if used prudently, may offer a new road to therapy against lung cancer,” said Anju Preet, Ph.D., a researcher in the Division of Experimental Medicine.
Acting through cannabinoid receptors CB1 and CB2, endocannabinoids (as well as THC) are thought to play a role in variety of biological functions, including pain and anxiety control, and inflammation. Although a medical derivative of THC, known as Marinol, has been approved for use as an appetite stimulant for cancer patients, and a small number of U.S. states allow use of medical marijuana to treat the same side effect, few studies have shown that THC might have anti-tumor activity, Preet says. The only clinical trial testing THC as a treatment against cancer growth was a recently completed British pilot study in human glioblastoma.
In the present study, the researchers first demonstrated that two different lung cancer cell lines as well as patient lung tumor samples express CB1 and CB2, and that non-toxic doses of THC inhibited growth and spread in the cell lines. “When the cells are pretreated with THC, they have less EGFR stimulated invasion as measured by various in-vitro assays,” Preet said.
Then, for three weeks, researchers injected standard doses of THC into mice that had been implanted with human lung cancer cells, and found that tumors were reduced in size and weight by about 50 percent in treated animals compared to a control group. There was also about a 60 percent reduction in cancer lesions on the lungs in these mice as well as a significant reduction in protein markers associated with cancer progression, Preet says.
Although the researchers do not know why THC inhibits tumor growth, they say the substance could be activating molecules that arrest the cell cycle. They speculate that THC may also interfere with angiogenesis and vascularization, which promotes cancer growth.
Preet says much work is needed to clarify the pathway by which THC functions, and cautions that some animal studies have shown that THC can stimulate some cancers. “THC offers some promise, but we have a long way to go before we know what its potential is,” she said.
Story Source:
The above post is reprinted from materials provided by American Association for Cancer Research. Note: Materials may be edited for content and length.