Marijuana in medicine: past, present and future.

By Freedom Wares January 3, 1969 No Comments

Marijuana in Medicine:
TOD H. MIKURIYA. M.D., San Francisco
Cannabis indica, Cannabis sativa, Cannabis americanus, Indian hemp and marijuana (or marihuana) all refer to the same plant. Cannabis is used throughout the world for diverse purposes and has a long history characterized by usefulness, euphoria or evil-depending on one’s point of view.
To the agriculturist cannabis is a fiber crop; to the physician of a century ago it was a valuable medicine; to the physician of today it is an enigma; to the user, a euphoriant; to the police, a menace; to the traffickers, a source of profitable danger; to the convict or parolee and his family, a source of sorrow.
This paper is concerned primarily with the medicinal aspects of cannabis.

Cannabis in Medicine Before 1800

The Chinese emperor Shen-nung is reported to have taught his people to grow hemp for fiber in the twenty-eighth century B.C. A text from the period 1500-1200 B.C. documents a knowledge of the plant in China-but not for use as fiber. In 200 A.D., the use of cannabis as an analgesic was described by the physician Hoa-tho.44
In India the use of hemp preparations as a remedy was described before 1000 B.C. In Persia, cannabis was known several centuries before Christ. In Assyria, about 650 B.C., its intoxicating properties were noted.”4
Except for Herodotus’ report that the Scythians used the smoke from burning hemp seeds for intoxication, the ancient Greeks seemed to be unaware of the psychoactive properties of cannabis. Dioscorides in the first century A.D. rendered an accurate morphologic description of the plant, but made no note of intoxicating properties.10
In the thirteenth and fourteenth centuries, Arabic writers described the social use of cannabis and resultant cruel but unsuccessful attempts to suppress its non-medical use.44
Although Galen described the use of the seeds for creating warmth, he did not describe the intoxicating qualities of hemp. Of interest is the paucity of references to hemp’s intoxicating properties in the lay and medical literature of Europe before the 1800’S.44 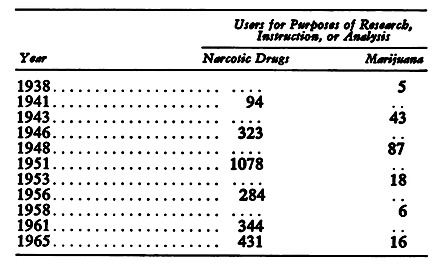 Eleven studies funded by the National Institute of Mental Health in 1967 concerning cannabis were either specialized animal experiments, part of an observational sociologic study of a number of drugs, or explorations of chemical detection methods.

The Future of Cannabis and Medicine

Unless existing restrictive state and Federal laws governing marijuana are changed, there will be no future for either modern scientific investigation or controlled clinical trial by present-day methods.
A concerted effort is indicated for full-scale investigations where knowledge is lacking. Acute and chronic effects of cannabis should be restudied by modern methods. Metabolic pathways of action and detoxification need exploration by the pharmaceutical means of today. Chronic toxicity studies must be undertaken to examine possible long-term effects of cannabis use.*
Medical science must again confront the problems of cannabis’ insolubility in water and its variable strength. Since human and animal responses vary a great deal, individual doses must be titrated. The popular “double blind” type of study methods will require revision. The reporting of personal drug experience was once acceptable to the scientific community 15S,2,25,29,34,39,4 Humans who are drug “sophisticates” will again become indispensable to psychoactive drug research, as wine tasters are to the wine industry, for only humans can verbally report the subtle and complex effects of these substances.
Government agencies having stimulated litle significant clinical research in this field, the pharmaceutical industry should take the initiative in starting basic research and clinical studies into the purified congeners of cannabis for their chemical properties, pharmacologic qualities and therapeutic applications.
Discussion
Medicine, being an empiric art, has not hesitated in the past to utilize a substance first used for recreational purposes,* in the pursuit of the more noble purposes of healing, relieving pain and teaching us more of the workings of the human mind and body. The active constituents of cannabis appear to have remarkably low acute and chronic toxicity factors and might be quite useful in the management of many chronic disease conditions. More reasonable laws and regulations controlling psychoactive drug research are required to permit significant medical inquiry to begin so that we can fill the large gaps in our knowledge of cannabis.

Past Present and Future

* Medicine in the Western World has forgotten almost all it once knew about therapeutic properties of marijuana, or cannabis.
Analgesia, anticonvulsant action, appetite stimulation, ataraxia, anti-biotic properties and low toxicity were described throughout medical literature, beginning in 1839, when O’Shaughnessy introduced cannabis into the Western pharmacopoeia.
As these findings were reported throughout Western medicine, cannabis attained wide use. Cannabis therapy was described in most pharmacopoeial texts as a treatment for a variety of disease conditions.
During the second half of the 1800’s and in the present century, medical researchers in some measure corroborated the early reports of the therapeutic potential of cannabis. In addition, much laboratory research has been concerned with bioassay, determination of the mode of action,and attempts to solve the problems of insolubility in water and variability of strength among different cannabis specimens.
“Recreational” smoking of cannabis in the twentieth century and the resultant restrictive federal legislation have functionally ended all medical uses ofmarijuana.
In light of such assets as minimal toxicity, no buildup of tolerance, no physical dependence, and minimal autonomic disturbance, immediate major clinical re investigation of cannabis preparations is indicated in the management of pain, chronic neurologic diseases, convulsive disorders, migraine headache, anorexia, mental illness, and bacterial infections. 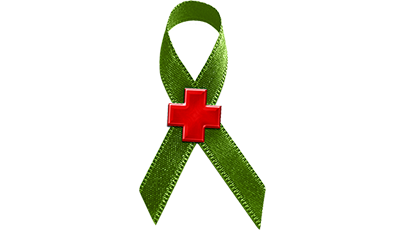 Grammatical disclaimer and note: Spelling errors or discrepancies have been left in tact in order to maintain the author’s authenticity.