May is Fibromyalgia Awareness Month, are YOU Aware?

Home » May is Fibromyalgia Awareness Month, are YOU Aware?

For some folks Fibromyalgia is just a hard word to spell. For others that know all too well, it’s a debilitating illness that will affect them for the rest of their lives. Living with any “invisible illness” can be so much harder on a person than most healthy folks would think. Pain really can change a person. One of the worst parts can be going through it all alone. If your family & friends leave you by the wayside to fend for yourself with no support team, combined with the many, many troubles that can arise with losing ability to work and properly taking care of yourself, ..you are not living the same life anymore. How could you be the same person anymore. Living with Fibromyalgia seems like the beginning of a death sentence, and for some of us it is. So hey, love me while I’m here, not when I’m gone. I think most Fibro-Warriors would agree. When severe, this illness doesn’t allow time for much else. It can be cruel and tortuous.
Feeling like your body is hosting a never-ending and painfully destructive multi-event, the pains are killer. At times it is impossible to live with and I often have wished it would just finish me off and kill me, eventually it may be the death of me. As I get older, my heart simply can only take so much before I feel it will calve-out, as I have had many, many days with unmanageable pains that left me spent and wanting to die, hurting just that bad.
On the day I die I’d always hoped that would be all I had left to do.
..but sadly and realistically, ..suicide, assisted or not does cross the mind as an option to killing the pains for once, for all and never burdening anyone again either. I know this for fact, and for those in disbelief just check PubMed and find these abstracts…
Increased risk of a suicide event in patients with primary fibromyalgia and in fibromyalgia patients with concomitant comorbidities: A nationwide population-based cohort study. – “Meanwhile, fibromyalgia patients with comorbidity led to a markedly enhanced risk of a suicide event relative to the matched reference subjects, with adjusted HRs ranging from 1.51 to 8.23. Our analysis confirmed a mild-to-moderate risk of a suicide event in patients with primary fibromyalgia. Attention should be paid to the prevention of suicide in fibromyalgia patients with concomitant comorbidities.”
Suicide risk in patients with migraine and comorbid fibromyalgia. – “Comorbidity with FM is associated with a high suicide risk in patients with migraine.”

I have missed birthdays, weddings, funerals, BBQs and much more…
When people don’t understand or don’t care to understand they eventually fade you out of their lives and often you may get dumped and abandoned some way or another by some friends and relations. And so as many people with disabilities I was also robbed of my job, stripped of the false disability coverage many of us pay into for peace of mind. At the same time everything was falling apart in my life, I found myself spending countless hours submersed in the legal system fighting to recover owed short term and then long term disability payments… ..the Supreme Court of Canada court revealed that union shops have never been charged for allowing insurance companies to rip off members from their disability payments and that the insurance companies are also protected by their affiliates. They get away with it. When you are dealing with a systemic beating in addition to disability and insurance companies economic formula to just say “No”, the struggle intensifies and time for your family life becomes even less 🙁 I will never get back the time to do the many things missed. The amount of happy-times lost with my daughter and wife alone are unmeasurable. I am extremely grateful to those that have been understanding and never gave up on me.  <3 Big, big Love and Respect.
“Fibromyalgia is complex and requires a multidisciplinary approach to treatment. Patient self-management is key.”

“In this study we found that listening to music that is relaxing, highly pleasant, familiar, and self-chosen, reduced pain and increase functional mobility in fibromyalgia patients. We also found that the improvement in functional mobility was closely related to music-induced analgesia, especially in the affective dimension of the pain.”

I have learned best to manage my Fibromyalgia from many years of experience with music, stretching, massage [deep tissue, myofascial release, craniosacrial…], meditation, natural medicine including cannabis [eat it, drink it, topicals, inhalation delivery]. Unfortunately with cannabis, so many years of it’s prohibition has bred so much misinformation, fear and outright lies. A society with strong cognitive dissonance will not help in eliminating the stigma…..

Stigma is an interactional process that “spoils identity”.

While I deal with several other diagnosis’, one common denominator in management of all of them is cannabis based therapy. Surprised at the amount of benefit I received since the first time I tried cannabis, I began to investigate how this plant could help me so very much and why it is likely helping so much. I learned that the all mammals, yes including Human Beings have an Endocannabinoid System. This system is implicated in all human diseases and disorders. Cannabinoids, which can found in the cannabis plant are of a class of diverse chemical compounds that act on cannabinoid receptors which are located throughout the body, and are part of the Endocannabinoid system. Cannabis provides the best possible homeostasis, unlike anything else…
“Fibromyalgia is a clinically well-defined chronic condition of unknown aetiology characterised by chronic widespread pain that often co-exists with sleep problems and fatigue affecting approximately 2% of the general population. People often report high disability levels and poor health-related quality of life (HRQoL). Drug therapy focuses on reducing key symptoms and disability, and improving HRQoL. Cannabis has been used for millennia to reduce pain and other somatic and psychological symptoms.”

In 2003, a study conducted by Ethan B. Russo [MD] it is mentioned that “THC demonstrated an oral potency as an anti-inflammatory 20 times that of aspirin and twice that of hydrocortisone”, pretty impressive for a plant! This particular study examined “the concept of clinical endocannabinoid deficiency (CECD), and the prospect that it could underlie the pathophysiology of migraine, fibromyalgia, irritable bowel syndrome, and other functional conditions alleviated by clinical cannabis.” Significant progress has been made since Dr. Ethan B. Russo’s “landmark paper”. Investigation at that time suggested that cannabinoids can block spinal, peripheral and gastrointestional mechanisms that promote pain in headache, fibromyalgia, irritable bowel syndrome and muscle spasm. Subsequent research has confirmed that underlying endocannabinoid deficiencies indeed play a role in migraine, fibromyalgia, irritable bowel syndrome and a growing list of other medical conditions. Clinical experience is bearing this out. Further research and especially, clinical trials will further demonstrate the usefulness of medical cannabis. As legal barriers fall and scientific bias fades this will become more apparent.
Cannabinoid molecules have analgesic as well as sleep-promoting effects.
Find below further information from a few abstracts courtesy of PubMed related to Fibromyalgia and cannabis/cannabinoids…

Tetrahydrocannabinol (Delta 9-THC) Treatment in Chronic Central Neuropathic Pain and Fibromyalgia Patients: Results of a Multicenter Survey – “The present survey demonstrates its ameliorating potential for the treatment of chronic pain in central neuropathy and fibromyalgia. A supplemental delta 9-THC treatment as part of a broader pain management plan therefore may represent a promising coanalgesic therapeutic option.”
Efficacy and Safety of Medicinal Plants or Related Natural Products for Fibromyalgia: A Systematic Review – “Researchers conducted clinical trial of cannabinoids for other chronic pain disorders and have reported benefits on sleep as secondary outcome [41]. One of the studies included in this review [22] confirmed the indirect positive effect on sleep as it was observed that both synthetic cannabinoid nabilone and amitriptyline, a tricyclic antidepressant, had a favorable effect on sleep in patients with FM, with nabilone showing higher overall superiority than amitriptyline in relation to the quality of sleep.

Although there are no specific clinical studies on the use of cannabinoid receptor agonists for symptomatic relief of FM, some findings support their therapeutic potential due to their anti-inflammatory, analgesic, and sedative properties [42]. The analgesic benefits of cannabinoids in the treatment of acute and chronic pain have already been suggested [43], and according to another study that was assessed, pain and anxiety symptoms were attenuated using cannabinoid [21]. This benefit was probably secondary to a clinical endocannabinoid deficiency in FM patients as has been suggested [41] or the synergistic relationship with endogenous opioids [44]. Behavioral studies provide evidence that both CB1 and CB2 receptors can contribute to muscular antinociception and, interestingly, suggest that the local administration of CB agonists could be a new and useful pharmacological strategy in the treatment of muscular pain, avoiding adverse effects induced by systemic administration.”

Cannabis Use in Patients with Fibromyalgia: Effect on Symptoms Relief and Health-Related Quality of Life – “The use of cannabis was associated with beneficial effects on some FM symptoms.”

A previous observational study of patients with chronic pain of different origins using cannabis has revealed similar results regarding symptoms relief [13]. Furthermore, significant reductions in VAS score for pain, FIQ global score and FIQ anxiety score were also seen in the first randomized controlled trial of 40 FM patients with continued pain despite the use of other medications treated with nabilone (synthetic cannabinoid agonist) during 4 weeks [7]. In a recent randomized, equivalency and crossover trial, nabilone was found to have a greater effect on sleep than amitriptyline on the ISI (Insomnia Severity Index), and was marginally better on the restfulness based on the LSEQ (Leeds Sleep Evaluation Questionnaire) [8]. These results seem to indicate a possible role of cannabinoids on the treatment of FM, although it should be confirmed in further clinical trials.

Moreover, according to hypothetical and experimental evidence, a Clinical Endocannabinoid Deficiency has been proposed to be involved on the pathophysiology of FM and other functional conditions alleviated by cannabis [9]. The participation of the endocannabinoid system in multiple physiological functions such as pain modulation, stress response system, neuroendocrine regulation and cognitive functions among others, is well known [5]. Additionally, the innovative psychoneuro-endocrinology-inmunology (PNEI) studies have shown that chronic pain may be strongly influenced by dysfunctions of the stress system and, particularly, the HPA-axis [14]. Studies have shown that the HPA- axis and the autonomic nervous system is disturbed in patients with fibromyalgia [3] and, polymorphisms of genes in the serotoninergic, dopaminergic and catecholaminergic systems may also play a role in the pathogenesis of FM ” – ”

We observe significant improvement of symptoms of FM in patients using cannabis in this study although there was a variability of patterns. This information, together with evidence of clinical trials and emerging knowledge of the endocannabinoid system and the role of the stress system in the pathopysiology of FM suggest a new approach to the suffering of these patients.

The present results together with previous evidence seem to confirm the beneficial effects of cannabinoids on FM symptoms. Further studies regarding efficacy of cannabinoids in FM as well as cannabinoid and stress response system involvement in their pathophysiology are warranted.” 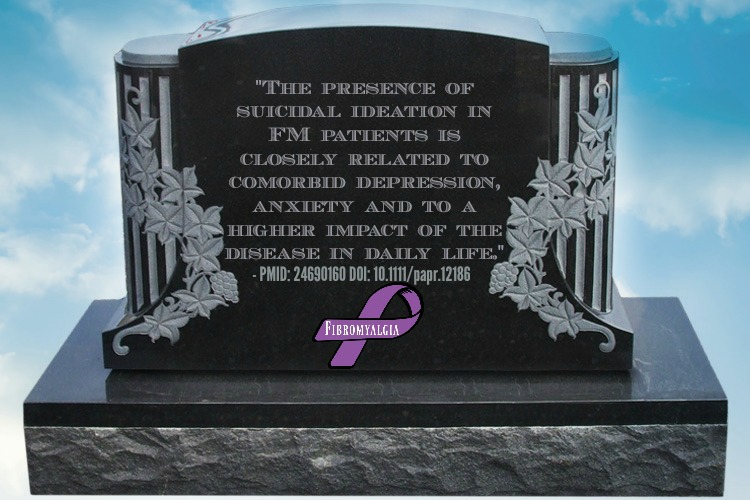 What if I were smiling and running into your arms? Would you see then what I see now? 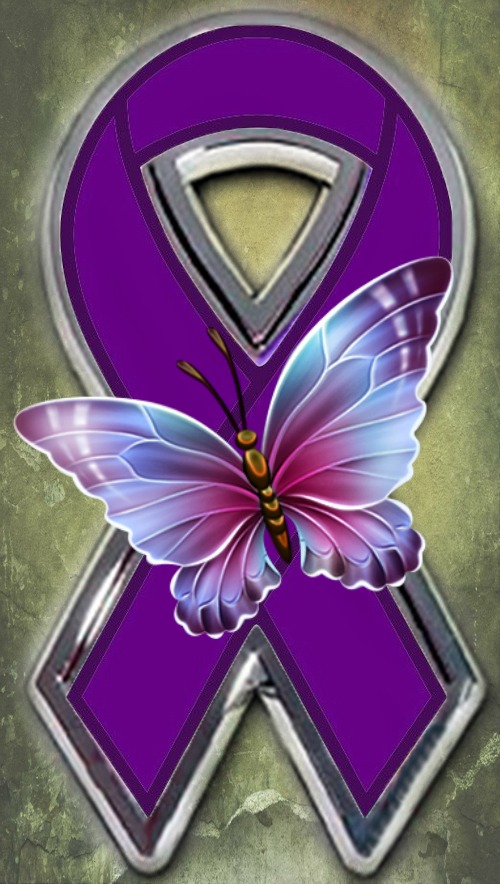 Written in support of Fibromyalgia awareness and dedicated to the lives affected.