Site-specific accumulation of a LINE-like retrotransposon in a sex chromosome of the dioecious plant Cannabis sativa.

By Freedom WaresDecember 4, 2000No Comments

Home » Site-specific accumulation of a LINE-like retrotransposon in a sex chromosome of the dioecious plant Cannabis sativa. 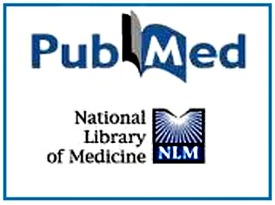 Male-associated DNA sequences were analysed in hemp (Cannabis sativa L.), a dioecious plant with heteromorphic sex chromosomes. A male-associated DNA sequence in C. sativa (MADC1) and its flanking sequence encoded a reverse transcriptase that was strongly homologous to those of LINE-like retrotransposons from various plants and other organisms, as well as another open reading frame (ORF). Fluorescence in situ hybridization (FISH) with MADC1 as probe, which yielded strong signals specific for male genomic DNA in gel blot analysis, generated a clear doublet signal at the end of the long arm of the Y chromosome. FISH using pachytene chromosomes of pollen mother cells at meiotic prophase I revealed that pairing of X and Y chromosomes occurred at the short arm of the Y chromosome where MADC1 was not present. Furthermore, FISH using extended DNA fibers, with MADC1 and its flanking DNA as probes, revealed that 100 to 200 copies of the retrotransposon were located in tandem on the Y chromosome. These results support the hypothesis that accumulation of a specific LINE-like retrotransposon at the terminal region of the long arm of the Y chromosome might be one cause of heteromorphism of sex chromosomes.