Trick or treat from food endocannabinoids?

Trick or treat from food endocannabinoids? 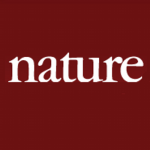 The discovery of the endogenous cannabinoid N-arachidonoylethanolamine (anandamide)1 and other N-acylethanolamines (NAEs) in chocolate2 has led to speculation that the purported rewarding properties of cocoa are due to the presence of compounds “that could act as cannabinoid mimics”2. This observation raises some important questions. First, are NAEs and anandamide, or the ‘endocannabinoid’ 2-arachidonoylglycerol (2-AG)3, present in widely consumed foods (such as milk) that are less ‘rewarding’ than chocolate? And second, to what extent do these compounds reach the bloodstream and exert pharmacological effects when consumed orally? We believe that the content of endocannabinoids in foods, and in cocoa in particular, is not sufficient to produce cannabis-like effects in mammals.